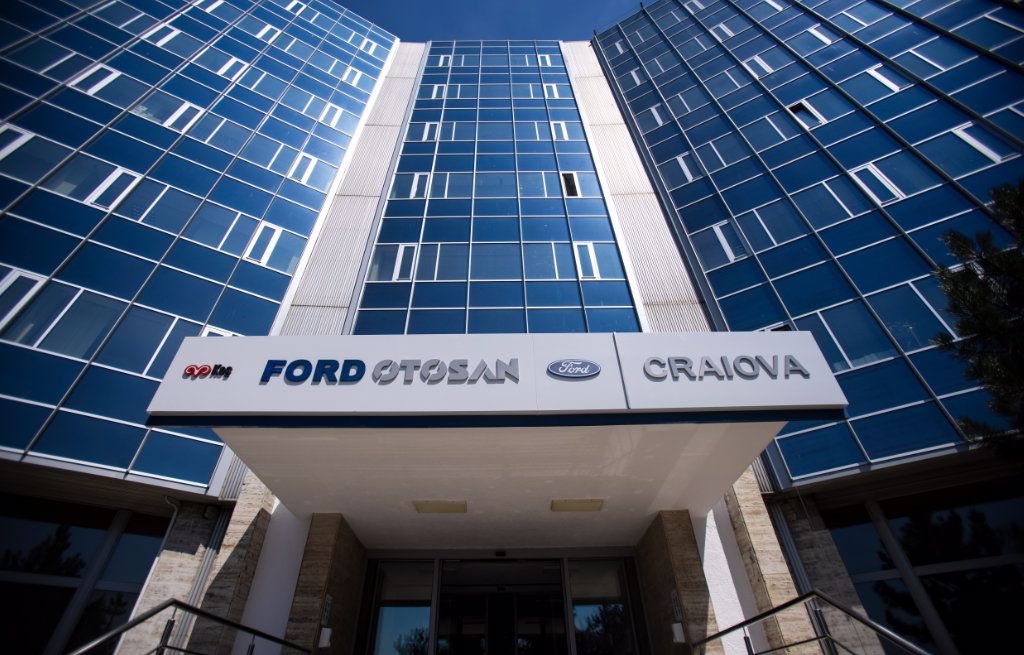 CRAIOVA, Romania, July 5, 2022 – Continuing Ford’s accelerated transformation of its business in Europe to achieve an all-electric future, today Ford of Europe officially transfers ownership of its Romanian plant to Ford Otosan. Following a previous announcement and regulatory approval, the agreement between Ford of Europe and Ford Otosan has now been finalised.

By combining the Craiova plant’s production power with Ford Otosan’s extensive experience in commercial vehicle design, engineering, and manufacturing, the facility will play a key role in Ford’s electrification and commercial vehicle growth plans for Europe.

Ford Otosan also announced it plans to invest €490 million in the plant over the next three years to expand production growth.

The next generation Transit Courier, including the van and combi models, designed and engineered by Ford Otosan, will be produced in Craiova and launched in 2023, and all‑electric versions will start production in 2024.

Ford Otosan will continue producing Ford’s best-selling European passenger vehicle, the Puma, at the Craiova facility and will start building the new all-electric Ford Puma in 2024.

“With the Craiova plant acquisition, Ford Otosan is expanding its manufacturing experience and capabilities into international operations,” said Güven Ozyurt, general manager, Ford Otosan. “Highly skilled employees of Craiova and their outstanding work in producing some of the most appreciated Ford products will build on Ford Otosan’s success story. Craiova will benefit from the skill base and knowledge transfer through Ford Otosan’s experience in designing, engineering, and building commercial vehicles as well as electrification.”

Ford is also moving forward with a $2 billion conversion of its Cologne, Germany, operations to begin producing electric passenger vehicles, starting in 2023.

Only a few days ago, Ford confirmed that it has chosen its plant in Valencia, Spain, as the preferred site to assemble vehicles based on a next-generation electric vehicle architecture. Pending product approval, the Valencia plant could produce breakthrough electric and connected vehicles beginning later this decade.

Ford officially took over the facility in Craiova 14 years ago, investing $2 billion and transforming it into a state-of-the-art manufacturing site.

This agreement will strengthen Ford Otosan’s position as the largest commercial vehicle producer in Europe and will expand its operations internationally to create sustainable value to its shareholders. With the addition of the Craiova plant, Ford Otosan’s total annual production capacity will exceed 900,000 vehicles.

Ford Otosan, the Ford joint venture in which Ford and Koç Holding are majority shareholders, is one of the longest running and most successful joint ventures in the global auto industry.

At the official handover event held in Craiova today and attended by the Prime Minister of Romania and representatives from Ford Otosan, Rowley said, “The Craiova operations have a strong record of delivering world-class competitiveness and flexibility as evidenced by the success of the Ford EcoSport, the Puma and the 1.0-litre EcoBoost engine in the European market.

“This initiative will support Ford’s strategy to continue building a thriving business in Europe and to deliver against the target of  zero emissions for all vehicle sales and carbon neutrality across its European footprint of facilities, logistics and suppliers by 2035.”

View all the latest Promotions from Barlo Motors

View all the latest news from Barlo Motors